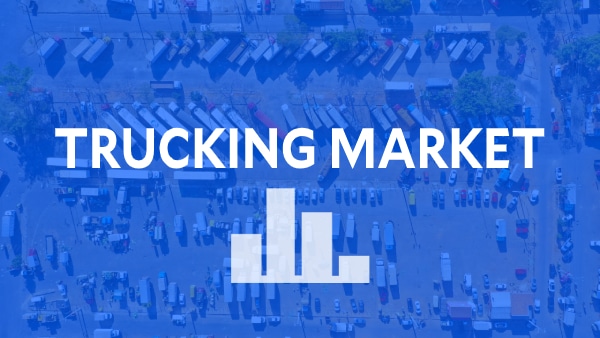 You can find all the trucking market news and important events on this page.

The trucking market has been very dynamic, especially in the last few years, we witnessed a lot of ups and downs, expansions and shutdowns, and a lot of innovations.

After the booming year of 2018, the beginning of 2019 started with low confidence in the trucking market.

Economists and analysts predict an industry slowdown gradually throughout the year.

When all calculations are taken into consideration, the predictions are still mixed. While some doomsayers claim the trucking market is going down, others are certain that it’s just a natural trend in the industry after a great expansion.

But, what most of the experts agree on, is that we passed the peak, and it’s going downhill from this point on, even though it might be just a small decrease in a positive trend.

The futures market is opening for the trucking industry in the end of March.

After it gets on the futures market, it will be way much easier for thousands of firms to forecast the costs and trends in the trucking market.

Truckload labor is going up as truckload fleets are expanding. The increases in the truck driver’s wages led to more people getting into trucking.

Cass Freight Shipments Index dropped 2.1% indicating a decline in the trucking market. Dry Van spot rates went down 13% on average, while Flatbed rates are down 10%.

Debates about the trucking market recession surface everywhere due to the spot rates still going down.

While analysts say that 2019 is not likely to be a recession year, rates and volumes continue to go down. The trade war with China is directly causing a drop in freight volume as new tariffs are introduced.

The big carriers remain unaffected, as they continue to grow year by year. The top 50 largest US carrier companies are still growing, and while they grew by 66% in the last 10 years, they are still not close to stopping.

Compared to the same time last year, the spot market volume has dropped by 16%.

This month marks the fifth consecutive negative month for the trucking market. While we’re witnessing constant drops, it’s important to remember that we’re comparing the current state with one of the best years in the trucking industry, which happens to be the last year.

Spot market rates expected to go up, as they do historically at this time of the year.

Contracts are at $1.59 per mile at the moment, and that’s the last bounce expected before the Q4 seasonal spike.

The used truck market is seeing a decline of 18% from the beginning of the year. Average and higher mileage trucks are oversupplied.

The last two years marked a great growth and demand for trucks, and as the trend went down, units became oversupplied.

The new HOS changes go into effect one year from now.

While truckers, and most of the companies in the industry, still show resentment for the new HOS rules, they are here to stay, and we will all need to adapt to them.

The trucking industry lost around 4,500 jobs.

Economist Bob Costello says that it has to do with the spot market. The upside-down state of small carriers is caused by the increase in wages in the fact of driver shortage last year.

Now when the market is not as it was last year, small carriers struggle to cover their expenses.

The company expects to make less profit than it did in the previous period, as much as 3% per truck.

The top truckload market executives expect 2020 to be a repeat of 2018.

The CEO of Schneider says that “2019 has been a search for seasonality”, and the rest of top executives agree and expect 2020 to look much better.

The best way for Owner Operators to find shippers

It’s not a mystery that a lot of Owner Operators don’t like working with brokers, and feel like brokers and not doing honest business with 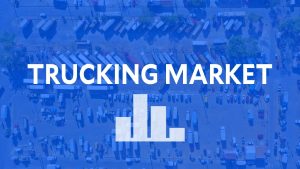 Dispatch Services – Should Trucking Owner Operators use them? 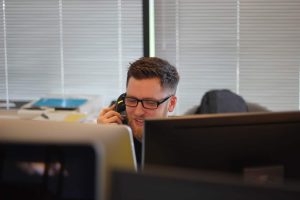 How to do trucking dispatch? – Quick Guide

How to do trucking dispatch? What are the secrets of a good dispatcher and how do you become one in the first place? We will

Twitter Facebook-f Instagram Linkedin
© 2021 Cloud 9 Dispatch. All rights reserved.
This website or its third-party tools process personal data.In case of sale of your personal information, you may opt out by using the link Do not sell my personal information.
×
Manage consent

This website uses cookies to improve your experience while you navigate through the website. Out of these, the cookies that are categorized as necessary are stored on your browser as they are essential for the working of basic functionalities of the website. We also use third-party cookies that help us analyze and understand how you use this website. These cookies will be stored in your browser only with your consent. You also have the option to opt-out of these cookies. But opting out of some of these cookies may affect your browsing experience.
Necessary Always Enabled
Necessary cookies are absolutely essential for the website to function properly. These cookies ensure basic functionalities and security features of the website, anonymously.
Functional
Functional cookies help to perform certain functionalities like sharing the content of the website on social media platforms, collect feedbacks, and other third-party features.
Performance
Performance cookies are used to understand and analyze the key performance indexes of the website which helps in delivering a better user experience for the visitors.
Analytics
Analytical cookies are used to understand how visitors interact with the website. These cookies help provide information on metrics the number of visitors, bounce rate, traffic source, etc.
Advertisement
Advertisement cookies are used to provide visitors with relevant ads and marketing campaigns. These cookies track visitors across websites and collect information to provide customized ads.
Others
Other uncategorized cookies are those that are being analyzed and have not been classified into a category as yet.
SAVE & ACCEPT

Free dispatch
for 7 days.
No Contract!

Give us your trust for 7 days, we will dispatch you free of charge and show you what we can do.